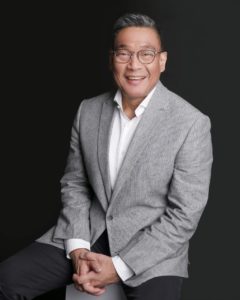 He is a lawyer, an incumbent and former government official, a Public-Private Partnership (PPP) advocate and lecturer, a professor of laws and bar reviewer, a PhD candidate, a columnist, a sports servant-leader, and an active runner/racer – obstacle course, road, trail and vertical.

He is the incumbent Chairman of the Board of the Philippine Reclamation Authority, the infrastructure development authority focused on reclamation. He was the former Acting Secretary of Justice, Acting Solicitor General and Government Corporate Counsel.

He is a Certified PPP SpecialistTM and Certified Regulation SpecialistTM, a PPP Law professor and an active lecturer on PPPs. Since 2014, he has conducted 298 (roughly, 50 a year) lectures on PPPs. His column PPP Lead is featured every Monday in BusinessMirror. He has published 2 study aids (PPP Dashboard – PPP Airlines ACA 0407 and PPP Menu by Casa Agra) and released an audio-visual presentation on PPP 101 available on YouTube. He has developed 32 PPP frameworks including a template PPP ordinance, which to date, has been referred to by 106 provinces, cities and municipalities. Said ordinance is the official template adopted by the Department of Interior and Local Government for its P4 – PPP for the People Initiative. He owns the trademarks for Certified PPP AdvocateTM, Certified PPP PractitionerTM and Ready for BetterTM.

He is a political law bar reviewer and professor of laws at the Ateneo Law School. He has been teaching thereat since 1993. He teaches administrative law, law on local governments, election law, law on public officers and PPP law. He recently published a 1,408-page book on the 1991 Local Government Code entitled Amicus Imperiorum Locorum. He is about to publish his Commentary on Administrative Law, together with his daughter, Jessica.

He is finishing his dissertation for his doctorate in philosophy on leadership studies (major in public management) at the Ateneo School of Government. He obtained his Bachelor of Laws at the Ateneo Law School in 1990 and became a member of the bar the year thereafter.

He is the President of Pilipinas Obstacle Sports Federation and the OCR Asia, and Treasurer of Fédération Internationale de Sports d’Obstacles (FISO) or World OCR. He is the General Counsel and Assistant Corporate Secretary of the Philippine Olympic Committee.