CAN a local government unit (LGU) expropriate private property and contribute the use of that property in a public-private partnership (PPP)? Yes!

Eminent domain defined. This power, also referred to as the power to expropriate, is delegated to all LGUs. Under the 1991 Local Government Code, an LGU may, through its local chief executive and acting pursuant to an ordinance, exercise the power of eminent domain for public use, or purpose or welfare for the benefit of the poor and the landless, upon payment of just compensation to be determined by the courts.

Same purpose as PPPs. Eminent domain and PPPs share the same objective, i.e., the public good, purpose and welfare. All local PPP projects, which are projects undertaken through the collaboration between an LGU and a PSP, must redound to benefit of the public.

Possible objects of expropriation for PPPs. An LGU monorail, socialized housing, bridge, road, expressway, fiber optic, realty redevelopment or expansion, power plant or sewerage project, may require the use of land which neither the LGU nor the PSP owns or has beneficial use over.

You could be one if you attend three two-day or three-day modules organized by an accredited entity and pass an examination administered by this columnist. He owns the trademark in the Philippines.

Three modules. As designed, the first module is about the policy and legal aspects of public-private partnerships. The topics include the definitions, laws, regulations, value drivers, projects, modalities and procedures on PPP. The second touches on the technical, financial and environmental dimensions of PPP projects. At the third tier, the participants shall learn about PPP risks, and how to prepare terms of reference (TOR) and to draft PPP contracts.

Finals. The test shall cover all topics, be in objective and/or essay formats, and will either be administered online or held in a designated venue. Only those who will pass shall be given the title.

Participants. Anyone who wants to learn and be conferred the title can go through the ladderized program. Others may just want to attend the modules and not take the examination. The course is open to government officials and employees, lawyers, representatives of private sector proponents, planners, engineers, accountants and students.

This average grade of the Philippine public-private partnership (PPP) regulatory framework per the recently published report of the World Bank titled Procuring Infrastructure PPP 2018 (2018 PPP Report), hit it on the mark. Having a clear policy and framework ensures stability, consistency, transparency, integrity, accountability, reliability and enforceability.

This columnist would even give our PPP framework a higher mark, anywhere from 85 percent to 90 percent. He particularly commends the maturity of our unsolicited proposal approach. Our laws and regulations, including jurisprudence, categorically permit this. Other countries, as shown in the 2018 PPP Report, either do not have this or are not as developed.

He notes with agreement that the country should make available online tender documents and publish PPP contracts. These two identified gaps are actually transparency gaps. By the way, (the World Bank may not be aware of this) the template PPP ordinance annexed to Memorandum Circular 120-2016 (Section 37) of the Department of the Interior and Local Government requires the posting of the PPP contract, feasibility or project studies, bidding documents, terms of reference and results of the PSP selection process.

Is an 83-percent rating good? If the passing grade is 75, yes, of course. For those who pursue excellence, it could be better. What is this 83 percent? This is the average mark of the Philippine public-private partnership regulatory framework per the recently published report of the World Bank. The Procuring Infrastructure PPP 2018 (2018 PPP Report) “assesses the regulatory frameworks and recognized good practices that govern PPP procurement across 135 economies.” The “aim of this publication is to help countries improve the governance and quality of PPP projects.”

According to the 2018 PPP Report, “Higher scores signify that an economy’s regulatory framework is in greater compliance with internationally recognized good practices in an area. Lower scores indicate that there is considerable room for improvement because of less adherence to international good practices measured” under said report.

The 83 percent is an average of four scores, i.e., Preparation of PPPs, 85 percent; Procurement of PPPs, 76 percent; PPP Contract Management, 88 percent; and Unsolicited proposals (UPs) for PPPs, 83 percent. The Philippines bested all the countries in Southeast Asia. Singapore was the closest with 66 percent (but with no UPs), followed by Indonesia at 63 percent. The others are Vietnam with 60 percent; Timor Leste, 48 percent; Thailand 43 percent (no UPs); Malaysia, 41 percent; Cambodia, 31 percent; Laos, 29 percent (no UPs); and Myanmar, 21 percent. There was no rating for Brunei Darussalam.

One way of highlighting the importance and relevance of public-private partnerships (PPPs) is to imagine scenarios. Here are 10 what ifs and what if nots.

While recent history has shown that none of the original proponents (OPs) failed in their attempt to secure the public-private partnership (PPP) award, private sector proponents (PSPs) who intend to submit unsolicited proposals to government implementing agencies (IAs) must know the reasons for and effects of losing. By the way, records will also disclose that almost all UPs had no challengers.

A PSP becomes an OP, according it certain rights, after its UP has been accepted by the IA under the BOT law or PPP template ordinance for local governments; or after successful negotiations under the 2013 Joint Venture Guidelines issued
by the National Economic and Development Authority (Neda JV Guidelines).

Failure, i.e., not getting the PPP contract, happens when the OP, depending on the governing rule, is not able to match, exceed, tie or outbid a superior offer from a challenger-PSP.

After losing, the PSP must reflect on the reason(s). Underestimating the competition and overestimating one are related reasons. Offering the maximum at the beginning is another. Failure could also be attributed to ignorance of the process or not doing an exhaustive due diligence.  Also, noninclusion of a technological advantage or proprietary right could be another ground.

P-A-C-T. Public-private partnerships, which are agreements between government/implementing agencies (IAs) and private sector proponents (PSPs), must observe four selection requirements. These are: Public Advantage, Accountability, Competition and Transparency. Straight negotiations must be avoided. Without PACT, the act (i.e., the PPP contract) may be voided and the actor (i.e., the parties to the PPP contract) held liable.

Solicited versus unsolicited. There are two recognized PACT-compliant ways by which an IA can select a PSP—the IA either solicits and initiates the selection process, or the IA accepts an unsolicited proposal (UP). For UPs, the PSP, not the IA, prepares, without being invited, the project study. The PSP obviously takes a risk of being snubbed outright since the IA cannot be compelled to accept a UP.

Governing policy. The BOT law, the 2018 Joint Venture Guidelines issued by the National Economic and Development Authority (Neda Guidelines), Memorandum Circular 120-2016 released by the
Department of the Interior and Local Government allow for both open bidding or competitive selection, and competitive challenge for UPs. 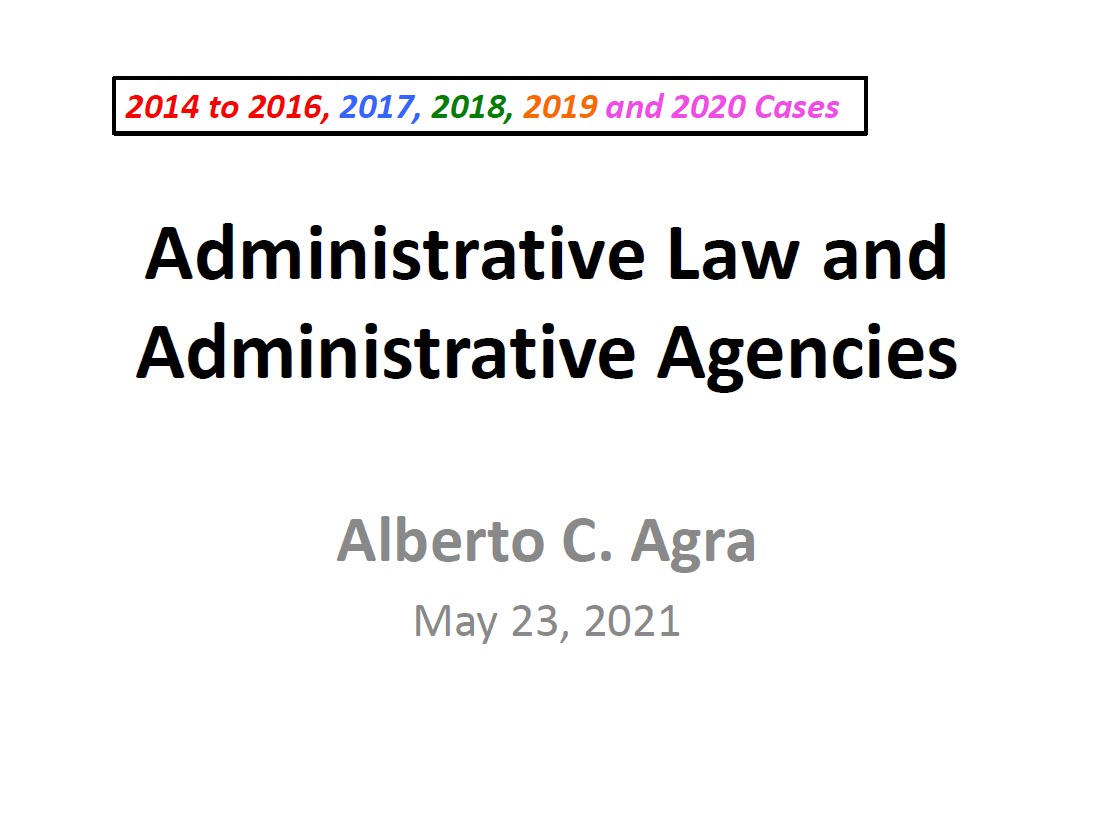 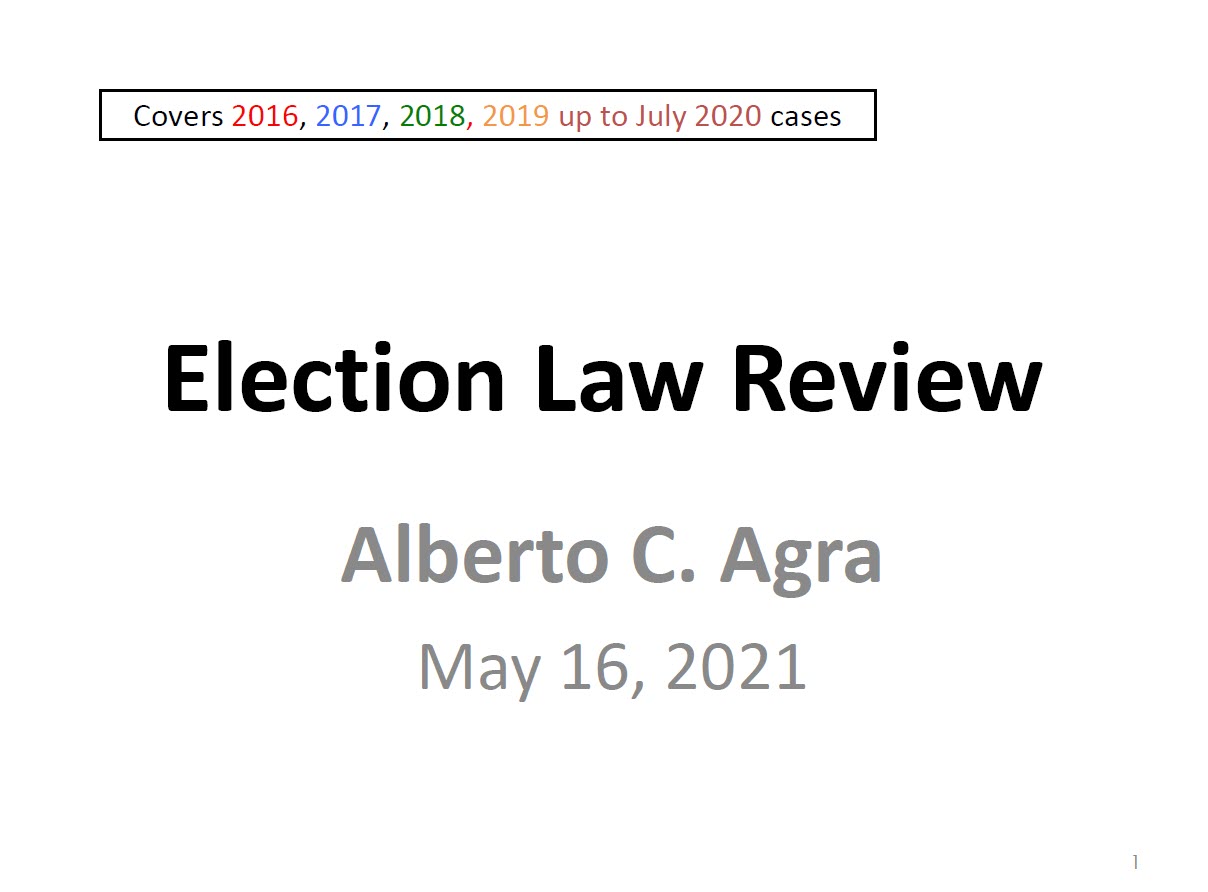